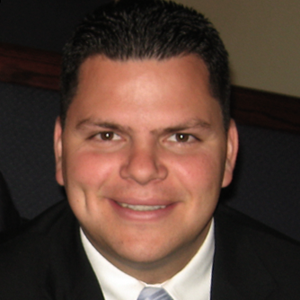 Luis Montaño was saved in 1996, one week after attending Lancaster Baptist Church Open House Sunday. He was sixteen, and six months after his salvation Luis surrendered to the ministry of Jesus Christ. Although he was the first to be saved in his family he enrolled in West Coast Baptist College where he graduated with a degree in Pastoral Theology in 2003. Luis and his wife Maggie worked at Shadow Mountain Baptist Church from 2003-2007. Luis was the Spanish Pastor and coordinator of the graphic media department. Magdalena was a teacher at Shadow Mountain Baptist School. In August 2007 the Montaño family by faith started deputation to serve God in Hermosillo, Sonora Mexico, where they now reside. By Marchof 2009 they moved to Hermosillo. May 17th 2009 they started the Hermosillo Baptist Church.

3 Tips for Your First Year

5 Ideas for Your First Service

3 Questions to Ask Yourself

Principles I Learned on Deputation

Sign up to receive a weekly email digest of new articles and resources from Ministry127. View a sample email